Forever Young: Here’s how to look as youthful on the…

Use Natural Hair Care Products? Make Sure You’re Not Doing…

Here are the following early symptoms of pregnancy:

However, there is no such pregnancy test that can provide you full proof signs of pregnancy the day after conception. There are a few tests that claim some accuracy but only after 4 to 6 days of conception. Read on to know some symptoms of pregnancy.

The first of pregnancy symptoms after conception is missing a period. There is a chance that you confuse implantation bleeding (fetus getting attached to the uterus) as light menstrual bleeding. However, check out the darkness of blood. Bloodletting due to implantation is not as dark as the menstrual blood and neither as heavy.

It is the most obvious early symptom of pregnancy is when you’ve missed your period. This possible sign of pregnancy is often what causes women to search for more details about other pregnancy symptoms.

Fatigue is often caused by pregnancy. If you find yourself getting excessively tired for apparently no reason, it may be due to pregnancy. 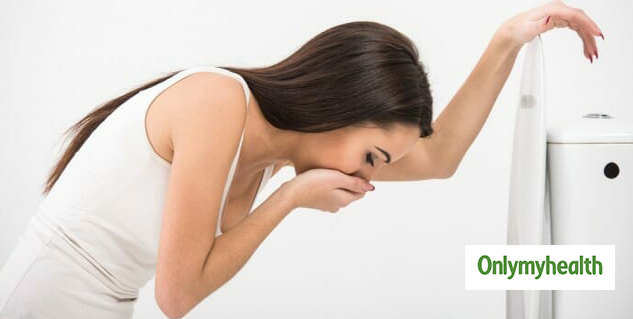 Nausea with or without vomiting

Morning sickness which can happen at any time of the day is one of the classic symptoms of pregnancy. For some women, the queasiness begins as early as two weeks after conception. Pregnant women also have a heightened sense of smell, so various odors – such as foods cooking, perfume or cigarette smoke – may cause waves of nausea in early pregnancy.

Some other symptoms that you can experience by the first two weeks of pregnancy are tender breasts, frequent urge to pee, bloating and craving for certain food. These symptoms of pregnancy can be experienced even without getting pregnant. It can be quite taxing mentally if you are anxious about getting pregnant but cannot be sure. That is why home pregnancy tests are popular. They can give an indication of positive or negative pregnancy but need to be confirmed by a blood test.

Although there are no recognizable symptoms of pregnancy the day after conception, you can be reasonably assured of it with early pregnancy symptoms. These early symptoms can come as early as the first week to the fourth week. Visit a doctor as soon as you feel you are pregnant. It is important that you prepare yourself as early as possible for your baby. It may not be easy to separate pregnancy symptoms after conception from common illnesses and home pregnancy tests do not confirm with certainty. Besides, there are some women who do not show any symptoms at all after even 4 weeks at times.

Signs of Pregnancy in Breastfeeding Mothers

Forever Young: Here’s how to look as youthful on the outside as you feel on the inside

This website uses cookies to improve your experience. We'll assume you're ok with this, but you can opt-out if you wish. Accept Read More